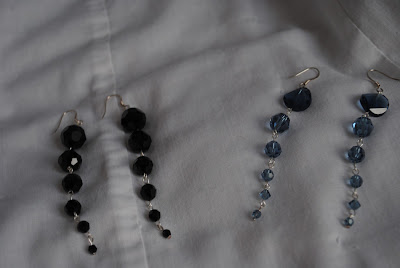 Mom liked the earrings the heroine in Hallmark’s Crown for Christmas wore to the ball, so I made her some (with Swarovski crystals) for Christmas and gave them to her early, so she could wear a pair (she chose the blue) in the wedding. 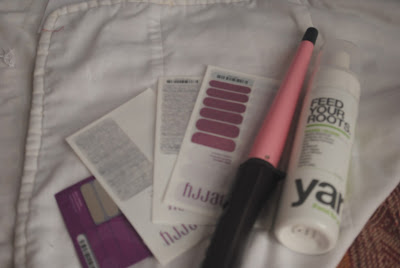 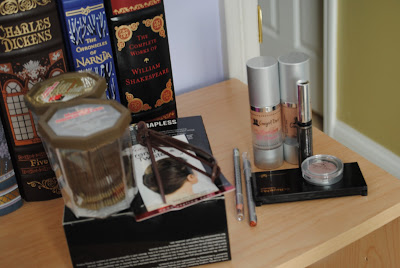 I bought make-up, hair tools, jewelry, a backless and strapless bra (basically a sticker bra), and Jamberry wraps for the wedding. I ended up not having to use my back-up hair plan (French twister), wearing different earrings, and running out of time for the wraps. I just had my sister paint my nails when we arrived, but the polish quickly flaked off. I doubt my hands were visible and the color was sheer and neutral. 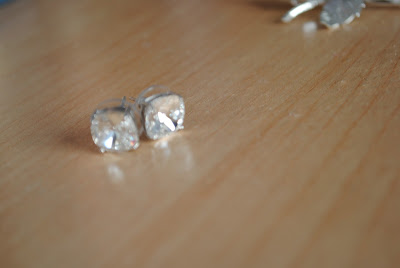 I woke up at 5:30 in order to have enough time to slowly fix my hair without rushing and stressing. I wasn’t even sure I could fix it properly; I had only had a few slip-shod practice attempts. But I managed. I thought it looked well although that could have been because my previous “attempts” were so dreadful. My make-up was simple and relatively quick. And even though Mom rushed me at the end, we still arrived (from an hour and a half away) before everyone else (the local people).
I thought I looked nice, but I would redo two things: 1) I needed a gloss/frizz spray and 2) I would have used nicer nail polish, but those are details that really just irritated me and did not affect anything else. Oh, and I would have brought some activity.