I am again, after a long hiatus, joining in the yarn along here.

I have not finished one of my other yarn along projects nor many of my other knitting projects, but once again I started something new. It is a baby blanket for a baby due in June. I don’t know when the shower is (and did not even know there was going to be one when I started), so, to excuse myself, this project needed to be started. 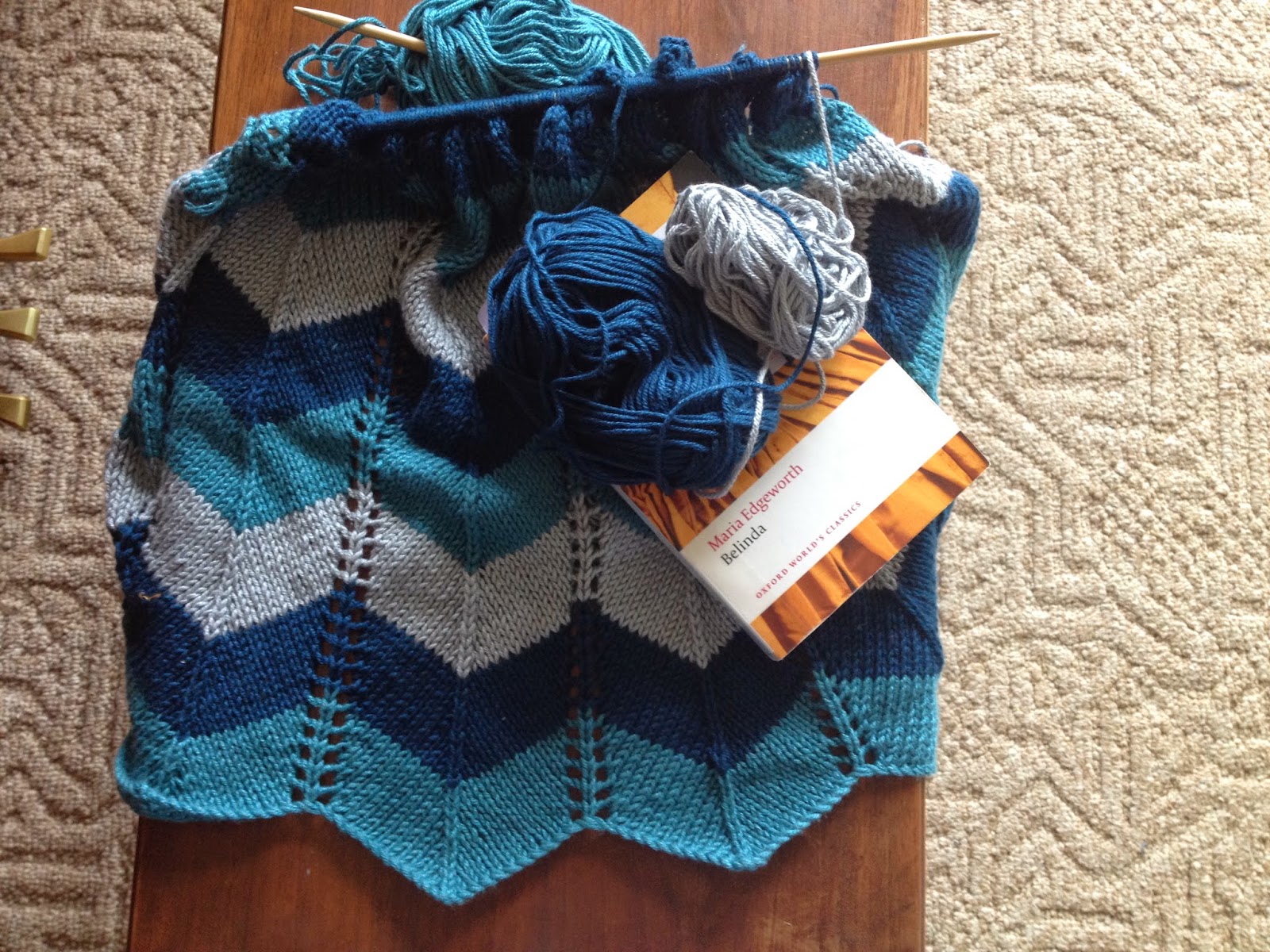 The pattern is from ravelry here and is free of course. I chose only three, rather than four, colors and added an extra 24 stitches to the width, and it is still going to be narrow, but then I knit rather tight currently.

The book is Belinda by Maria Edgeworth. As our library’s Maria Edgeworth collection is rather small, I had to obtain it via interlibrary loan, and it came from another state (I find that rather exciting). I have read Castle Rackrent, Ennui, The Absentee, and Ormond. The latter two I have to write reviews (for the Classics Club) on I think, but the former two I read years ago. Ennui is hilarious, the best so far. Castle Rackrent was boring, and I don’t know if I understood everything. Edgeworth was Irish, although I think of the Anglo-Irish aristocracy, and from this rank she drew her subjects in the four I read. I need to pay attention to publication dates better for Belinda is set in London and is about English people and reads more like a Frances Burney novel (the three I read were published 5 to 23 years before Belinda) than like the previous Edgeworth novels I read although not quite so melodramatic as at least Cecilia and Camilla. I am reading the 1801 version I think or an early revision not the seriously revised 1810 version (which I think probably reflected the less decadent [than the Georgian standards] Regency standards and scruples). (I looked up the dates and except for Castle Rackrent the other Edgeworth novels I read were published 8-16 years after Belinda and contemporary to the Austen novels).

Anyway, enough on literature. Here are photos of the finished shrug: 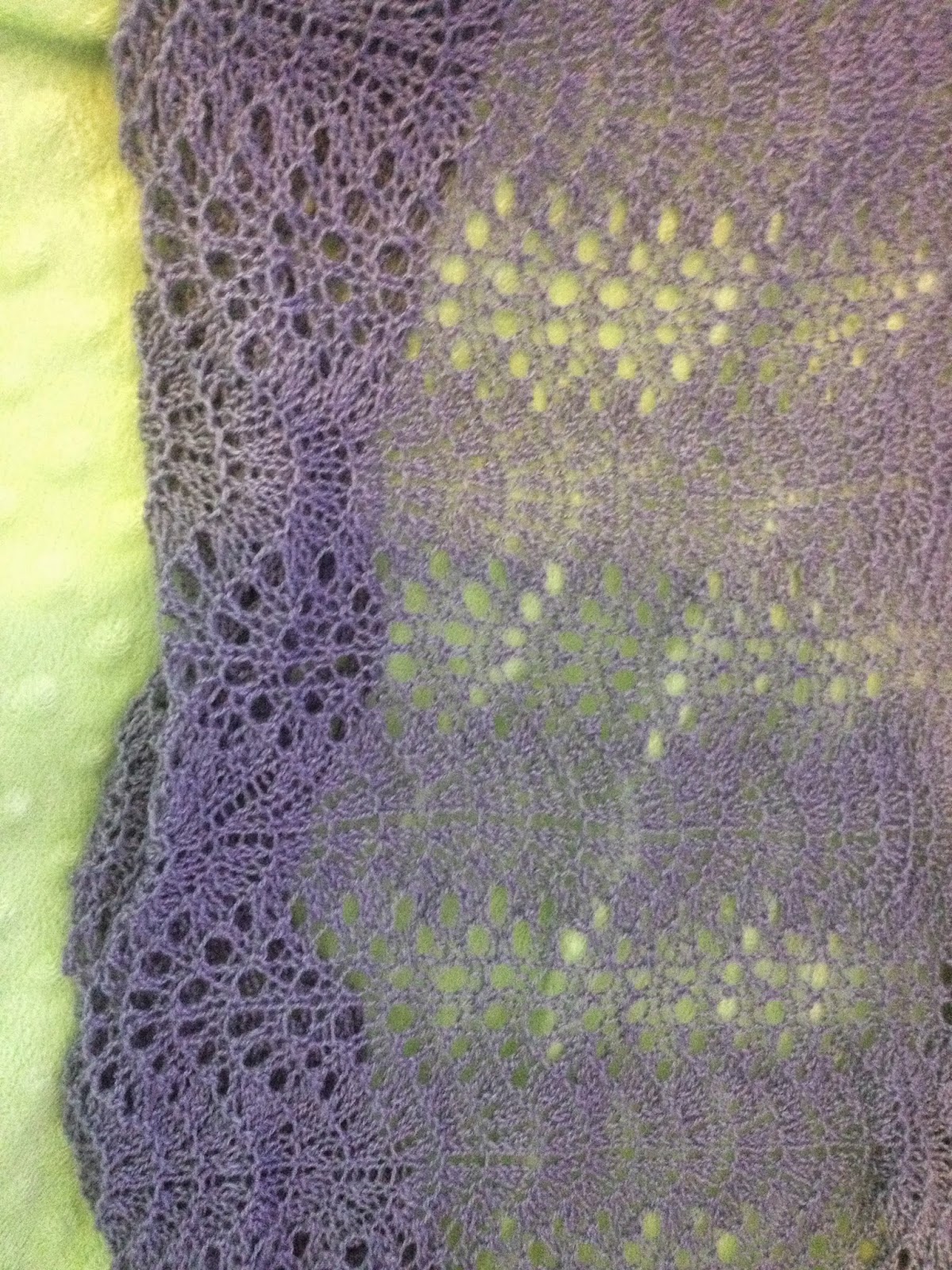 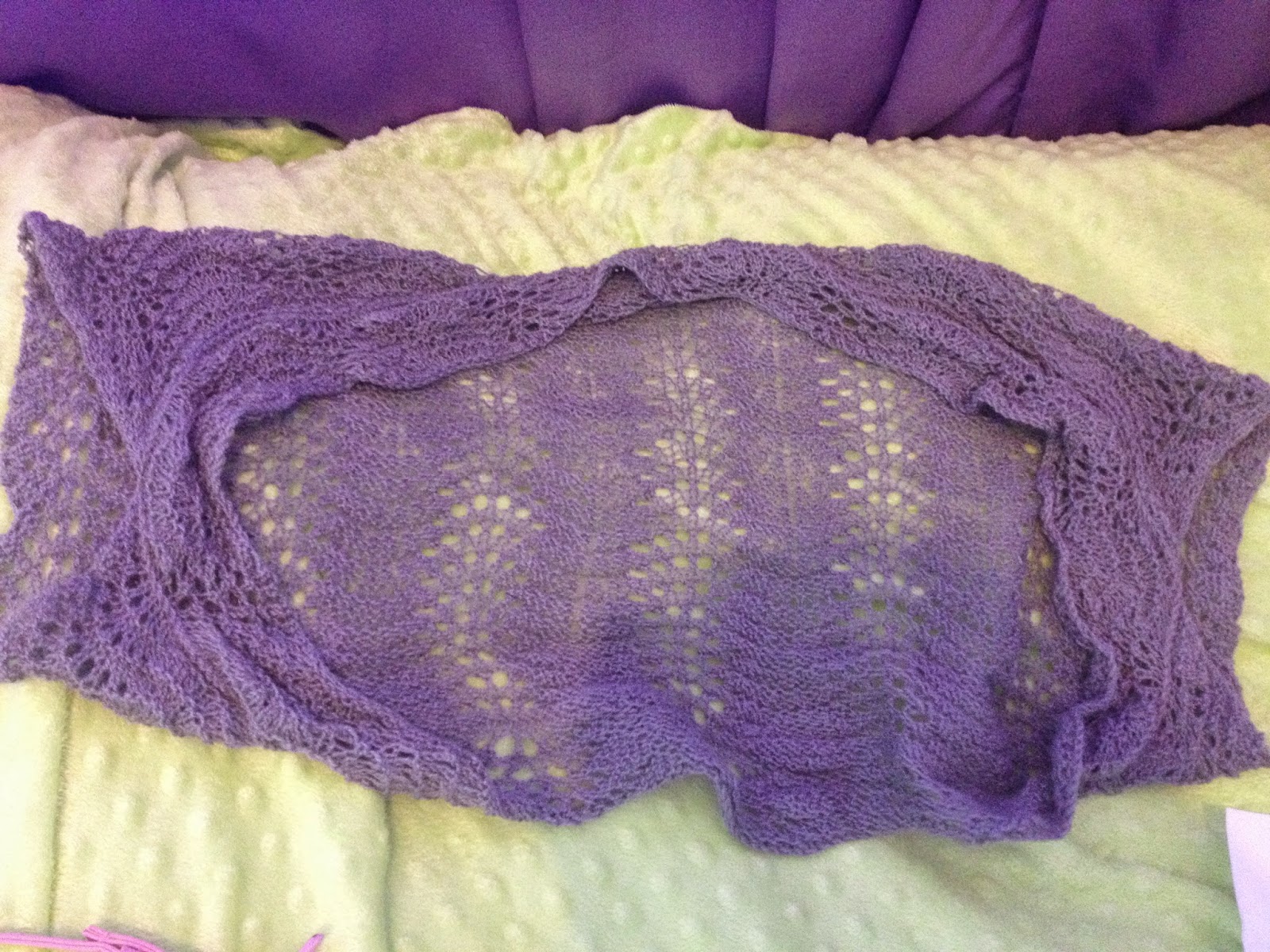