Okay, my first proper Christmasy post. Last year I could not pull it together to post about Christmas.
The first two photos are of my graham cracker house which I made alongside my friends and siblings at our friends house on Tuesday the 18th. Our family made graham cracker houses last year using royal icing as glue which turned rock hard. The candy had to be scraped off. In the end a lot of candy was wasted. My friends hot glued the houses together which I was considerably less enthusiastic about (to put it mildly). I am not a fan of superficiality, false advertising, faux things, fakiness, etc. so I did not like the explicitly understood waste of candy this entailed. Why not use cardboard and glitter if it is not to be really, real?!!!
Spurred by this and by an idea I had had in my head at least a year, that Saturday I set about making a gingersnap house which took me at least four hours. Since I was cleaning up the breakfast mess previous to that, I was in the kitchen for around/at least five hours. That my friends is part of the reason why I do not care to cook or bake much. Anyway. It looks like gingerbread and does not taste as gingersnappy as I would have wished (we did not have cloves as my mother does not care for them so that was at least part of the reason).
I made syrup and poured this into the cut out windows for “glass windows.” Some of the windows were not transparent and all of them were yellowed, but since I am not good with confectionery and baking, I am satisfied that they hardened and stayed in properly. I used boiled molasses as glue for my house, and it worked splendidly. I had purposely over baked the house pieces as I thought the cookie would be to soft to stand. I am lucky that everything came together fairly well with no cracks or collapses. I did, however, miscalculate on the roof and covered that section with chocolate which did not look so bad. I only did a section of fencing and my decor was rather sloppy; I was getting tired and bored of the house, and I needed more support for the fence than it itself could provide. All in all though, I have to say I was pretty pleased with myself although the perfectionist side cannot get over the obvious mismatch between the house in my head and the real one. I intend to try this again every year, so I am sure to improve. I like making little Christmas traditions all by myself.
On the subject of traditions, I have watched White Christmas at least three Christmases in a row of my own accord. That movie is such fun. Three of my sisters joined me on the evening of the day on which I made my gingersnap house. Another girly tradition we have is to watch tons and tons of Hallmark movies. For the last several years we have watched A Christmas Card at least twice every year. This year the channel had several good new ones. Some of our favorites were A Bride for Christmas and Hitched for the Holidays. When my dad’s mother and stepfather were alive, we would go to one of the theatres downtown and watch A Christmas Carol being performed. Even though I was scared, particularly of the Ghost of Christmas past, I enjoyed this tradition. I have not gone for a couple years, but I want to restart this tradition at least for myself somehow.
So that was some of our pre-Christmas fun! 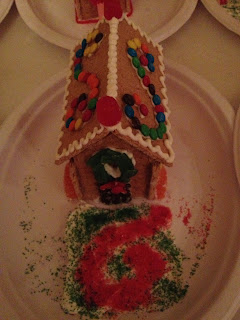 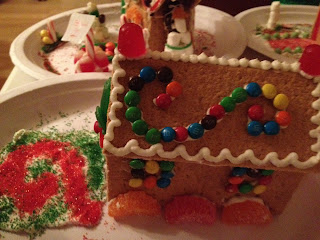 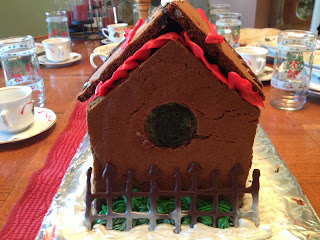 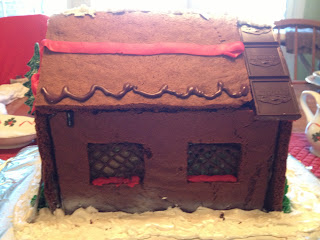 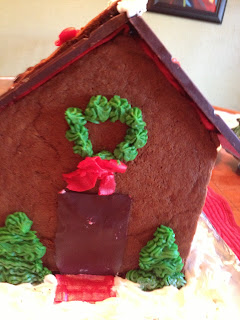 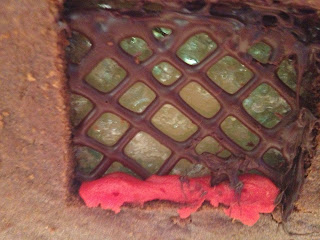